The capital city of Port-au-Prince was in a tense state yesterday, as demonstrators took to the streets to protest against the government and the increasing insecurity that has crippled the country for months. In Champs de Mars, the main public square in the capital where the demonstrations were expected to end was awash with police and tear gas, in an attempt to bully the marchers into abandoning their protest. Police unions were voicing their displeasure at what they consider an arbitrary dismissal of their spokesperson, Abelson Gros Nègre, as well as the assassination of some of their members. Students were protesting the security situation in the country, resulting in increasing assassinations of innocent individuals at an alarming rate. Various placards denouncing the government and its ineffectiveness and union busting were seen in the crowd, the police union called on all who are fighting against crime and violence across the nation to come together to form a chain of solidarity in order to fight the regime. Agents from the anti-riot police, Corps d’intervention et de maintien d’ordre (CIMO) were quick to fire tear gas into the crowds in order to disperse them, especially around the Delmas-Airport roundabout, currently nicknamed kafou rezistans since October 2019 when the country was virtually paralyzed by anti-government demonstrations. Using heavy-handed tactics, the anti-riot police, the protesting police officers could not make it to their destination in Champs de Mars where they planned to speak and deliver their grievances on Rue Christophe.

Police unionists could not reach their intended destination to air their grievances because of the repressive actions of the riot police, student protesters did not fare any better. Around 2pm, the CIMO intensified their tear gas attack and the students returned the favor with stones and burnt tires barricading several roads in the city. Eyewitnesses reported an asthmatic woman who fell unconscious due to the tear gas and had to be whisked away to safety to receive appropriate care. The students expressed their frustration at the current government which they describe as a total failure at all levels. In another protest, students from the state university, UEH, have continued their march to call for justice for their beloved professor and jurist, Monferrier Dorval, who was assassinated on August 28, 2020.

On the topic of violence and assassinations, Prime Minister Joseph Jouthe has announced that the investigations into the assassination of the jurist and law scholar Monferrier Dorval is progressing, with three (3) suspects apprehended and in custody, and the cell phone of the head of the Bar association retrieved. The Minister of Justice, Rockefeller Vincent assured the public that this investigation will be impartial and objective, while former Interior Minister, Réginald Delva called on the government to place resources at the disposal of the police investigations so that the ultimate culprits are apprehended and brought to justice.

Meanwhile, President Moïse is trying to enlist the army to join him in the fight against the violence and criminality prevalent in the country. During a visit to Savien in the Artibonite region, an area controlled by the Base Grand Griffe gang, the President announced his decision to enlist the army in the fight against the criminal gangs and using a vulgar expression in Creole, the President said the government will begin to track down the criminal elements of society, and called on the Ministers of Defense and Justice to collaborate to make this work to bring about peace and lasting security across the nation. The military, as an institution must accompany the police when needed, and to that end, the President called on all the people to support the efforts of the government in fighting crime that is out of control. Visibly angry, the President assured that he wants to accomplish his mandate especially with regards to security, during the coming months until the limit of his presidential term.

Elsewhere, Jovenel Moïse launched a vast electrical infrastructure project on Saturday, September 5, 2020 with a kickoff work at the substation in Bicentenaire. The project involves four (4) 320 megawatt modern substations to be built while some nine (9) current ones will be rehabilitated. Financed by a US$157m loan from the government of Taiwan, the substations are expected to have a capacity of 588megawatts. The Taiwanese company, Overseas Engineering et Construction Corp (OECC) is expected to ensure the execution of the project, which is the second phase of the national electrification project announced by the president over two years ago. According to the Director of the national energy company, l’électricité d’Haïti (EDH), Michel Présumé, the rehabilitation of the electricity network in the metropolitan area will strengthen the EDH, by providing it with an infrastructure in transmission network and production plant, which will in turn free the agency from relying on public funds to operate.

Finally, the Minister of Public Works, Transportation and Communication, TPTC, Mr. Joiséus Nader, has announced the construction of a bridge over the Pedernales river in Anse a Pitre, during a visit on Tuesday, September 8, 2020 to inspect the area, especially after the passage of cyclone, Laura which caused major flooding and damage in the area. The Minister also promised to rebuild the passageway linking the neighboring border towns, which was damaged during the storm. Additionally, Mr. Nader also promised equipment to help dredge and clean the river but maintained that while funding for the project will be included in the upcoming budget, he will exhort the court of accounting and administrative disputes, CSCCA and the national commission on public markets, CNMP to proceed quickly to approve the contract. 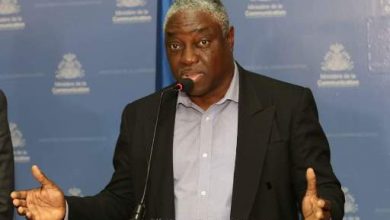 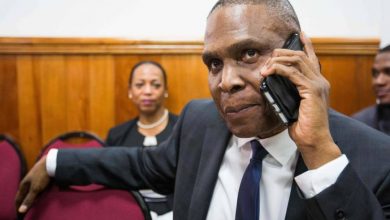 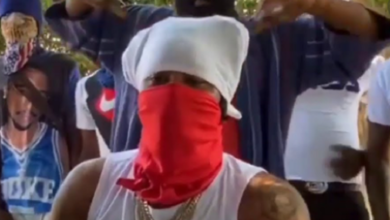