November 18th marked one of the most important dates in the history of Haiti, but this history was marked by a combination of demonstrations and celebrations, as well as calls by the President for more dialogue, and the opposition, for more demonstrations. Early Monday morning under heavy security, President Jovenel Moïse, accompanied by the outgoing Prime Minister Jean-Michel Lapin, placed a wreath at the Musée du Panthéon National, in honor of the 216th anniversary of the battle of Vertières, which led to Haiti’s independence from France. In his speech marking the occasion, the President called again for unity and dialogue, while advocating for economic independence, 216 years after the political independence was won after the last great battle on November 18, 1803. As reiterated by the US government last week, President Moïse advocated for the formation of a government and the creation of a roadmap to get the country out of the crisis. There were notable absences of high-ranking political leaders at the ceremony, including leaders of the houses of parliament; Senator Carl Murat Cantave and the Speaker of the Assembly, Gary Bodeau.

The opposition took advantage of the occasion to renew their call for the resignation of the President and engaged with various protest marches across the country, protesters blocked roads bringing commercial activities to a standstill in most parts of the capital city. This marked the tenth week of protests across the country, and in Port-au-Prince, four (4) people, including a journalist and police officer were wounded by gunshots in clashes between security forces and protesters. In Cap Haïtien, where the site of the battle of Vertières took place, there were reports of four people killed and numerous others wounded during clashes between police and protesters. In the past week, the main opposition groups created a commission to nominate an interim President to take over from the current President whose departure is imminent, if the country is to move forward. The group of seven, whose mission is to devise the criteria for selecting a member of the Supreme Court, Cour de Cassation, to head the transition, includes Victor Benoît of the Bloc démocratique, Camille Fièvre of the consensual alternative for a new Haiti, l’Alternative consensuelle pour la refondation d’Haïti, Jean William Jeanty of the Patriotic Forum of Papaye, Forum patriotique de Papaye (Hinche), Génard Joseph of Mache kontre, Jean Robert Bossé of the institutional opposition, l’opposition institutionnelle, and two representatives from civil society, Sabine Lamour and Éric Balthazar.

Elsewhere, after their initial protest on Sunday, October 27, 2019 demanding the right to unionize, officers of the national police, (PNH) took to the streets in Port-au-Prince, Cap-Haïtien and Gonaïves this last Sunday to call for the right to unionize and to ask for better working condition. In Port-au-Prince, the officers, some of whom were in uniforms of the various units such as CIMO (Corps d’intervention et de maintien d’ordre), POLIFRONT (l’Unité départemantale de maintien d’ordre, de la Police frontalière) and others in white tee shirts marched from Champs de Mars, the main public square, through Avenue John Brown, Delmas and ending the march at the headquarters of the PNH in Pétionville.  The protesting police officers were protected by other police officers and an ambulance from the Red Cross. Holding placards that expressed their complaints, the officers criticize the way they are treated and remunerated, which does not allow them to care for their families, especially in the face of the growing inflation which has reached over 20% this November. They also called for reparations for their fallen and wounded comrades who have been injured in their efforts to serve and protect. Overall, the protests were peaceful with no reported incidents.

As of November 19th, a tepid return to normalcy was being attempted after the holiday with mixed results. Traders left their homes very early in the morning to attempt reaching the markets in Port-au-Prince. Most roads were empty with traffic flowing normally but in certain neighborhoods of the capital, such as Carrefour Marassa in the north of the capital, most of the barricades remain since they went up over two months ago and schools remain closed. The public works officials have not collected garbage, making some areas of the capital smelly and dirty, made worse by the rains.

As a way of bringing international notoriety to their call for the President to resign, the Petrochallengers have in their corner, the panafricanist activist and writer, Kemi Seba, who came to Haiti on a mission of solidarity to support the cause of those fighting corruption. The Franco-Beninois activist said that if Jovenel actually wanted to fight corruption, he should resign. Speaking on the radio program TiChèzBa on AlterRadio 106.1 FM, the founder of the NGO Urgences Panafricanistes, asked what could possibly be preventing President Jovenel Moïse from resigning and joining civil society, if he believes there is too much structural problems in the country. Speaking about the President, the activist stated that it’s very easy and simple to say that he’s not free under the system yet takes full advantage of the system, in criticism of the President’s earlier speech in October of this year when he pointed out that there’s a strong “system” out there that’s blocking progress in the country. Kemi Seba set out to remind the President that he was brought onto the political scene by one Michel Martelly, one of the symbols of corruption in the country, so he cannot now pretend to be fighting corruption. The President is part of the problem while pretending to make believe that he’s part of the solution.

Meanwhile, the national commission on disarmament and reintegration, La Commission Nationale de Désarmement, Démantèlement et Réinsertion (CNDDR) has concluded that there are some 500,000 illegal guns circulating in the country and the illegal arms trade is controlled by 11 individuals in the private sector.  According to Jean Rebel Dorcénat, spokesman for the group, most of the arms are brought in by sea, through any of the entry ports across the country particularly at Aquin in the south. Speaking during Radio Vision 2000’s “Invite du jour” program, the spokesperson said that the number could be quite higher, and that the government should control how arms are distributed to security companies. Some of those with arms are on the payroll of the executive, the opposition and the private sector. The CNDDR which was revived in March 2019 began a buyback program in the most dangerous neighborhoods across the Port-au-Prince metropolitan area. On August 12, in Wharf Jérémie, a populous neighborhood in Cite Soleil, some people decided to turn in four (4) guns; 2 assault rifles, a 9.m caliber and a .45 m caliber pistols. In May, the gang leader in the Boston neighborhood, known as “Ti Hougan” officially handed over 8 guns to the commission. Despite the political chaos in the country, the commission is pressing on to continue its efforts to work with gang leaders to achieve complete disarmament.

Finally, an article in the Miami Herald quoted the UN Special envoy Josette Sheeran saying there has not been any reported case of cholera in the country during the past nine (9) months, a success due to the strategic partnership between the government, the UN and the principal stakeholders. Ms. Predica Jean, Coordinator for the league of Haitian Women for Reconstruction, Lig Fanm Ayisyen pou Rekonstruksyon, (LIFAR) has called on the authorities to investigate and bring to justice the male prisoners who gang raped a dozen female prisoners during a jail break earlier this month.  About 340 male prisoners angry about overcrowding and poor living conditions at the jail in Gonaïves disarmed a guard and broke through the gates on November 7 and once outside sought the area where the female inmates were housed and raped them repeatedly until a police unit arrived and fired tear gas to stop the attack. Ms Jean asked for justice and reparations for all the women who were violated. 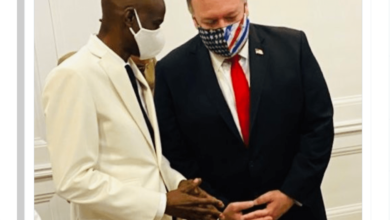 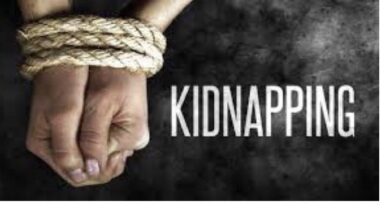 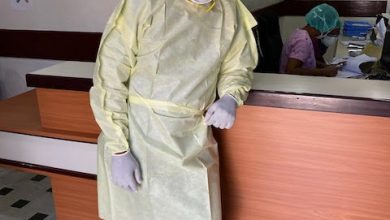