May 18, 2019 marked the 216th anniversary of the creation of the Haitian Flag. Flag Day was celebrated across the country and abroad. President Jovenel Moïse, his wife, his Prime Minister and the entire administration and diplomatic corps marked the occasion with a traditional mass of Thanks-giving at the l’Eglise Saint-Pierre de l’Arcahaie, followed by a Te Deum at the Place d’Armes. The President used the occasion to pay homage to the founders of the nation who “liberated the shackles of slavery and the ignominy of colonization”. The president emphasizes that the Haitian Revolution taught the world the meaning of freedom and gave the declaration of human rights its universal dimension. The Haitian Revolution, he added, was a battle for development and against exclusion, injustice and misery, and called on us all to draw inspiration from the courage and spirit of self-sacrifice of our brave ancestors to defeat division and intolerance so that the nation can finally take the path of change and development.

The President also used the occasion to take a swipe at a segment of the private business class whom he accused of being responsible for the misfortunes of the people. He railed against the business class that holds a monopoly on economic activities in the country and promised to work hard to reduce the economic inequality in the country. While not naming names, the President spoke about putting in place mechanisms that will greatly improve the living conditions of the underserved populations. The mechanisms that he envisions as necessary for moving the country forward include the fight against corruption, counterfeit and fiscal fraud. It appears the President is facing a daunting task as the national crisis is reaching a stalemate. Mr. Moïse further noted that times are hard and promises to continue to fight to promote social inclusion, recalling his administration’s program to help lower interest rates from 35% to 5% annually for farmers as a way to jumpstart the agricultural sector. But it appears these policy decisions are not welcome in certain sectors of the country. The president called on the people to work within the democratic framework to fight monopolies and clans that are pulling the strings in the background but are never visible. He used the occasion to call again for dialogue and national unity.

Elsewhere, the World Bank has approved three projects worth US$162 million to improve education, health services and the environment. According to the country representative Anabela Abreu, the three areas are targeted as priority areas that aim to build a brighter and better future for all. Accordingly, “access to health care and quality education is essential to break the cycle of poverty and create stronger human capital that will enable the Haitian child to reach their potential. The World Bank’s support also aims to help build resilience against the growing threat of natural disasters, by strengthening early warning systems and disaster preparedness in high risk climate zones. The health care improvement project, Renforcement des soins de santé primaires et de la surveillance en Haïti, is a US$70million project that hopes to significantly improve basic health care for some 3 million people, especially pregnant women and children in the South, Northeast and Northwest, Central and Nippes Departments. It is expected to provide for vaccination against infectious diseases as well. The second project, “Pour une éducation de qualité en Haïti”, is a US$57million project that seeks to increase school enrollment and improve apprenticeship programs in primary and secondary schools in the south. The final project, “Renforcement de la gestion des risques de catastrophe et de la résilience au changement climatique” will support a new early warning systems and disaster preparedness in low lying areas prone no natural disasters.

While on the topic of environment, the l’Université Quisqueya in Port-au-Prince was the venue of a week-long debate on climate change, looking at the role of the media in educating the public on the effects and consequences of climate change. Chaired by the Franco-Guadeloupean journalist and environmental activist, Audrey Pulvar, the conference insists on the role of the media in educating the Haitian public on climate change. Pulvar argues that Haiti is reeling from the effects of climate change by the number of natural disasters that has rocked the island in recent years. She argues that the average Haitian is more vulnerable to the effects of climate change than the average Parisian or still someone from Stockholm. She stressed that climate change is a phenomenon that aggravates the social inequalities across the globe. As an example, over 500 people die of air pollution each year in Europe alone, while globally some 60 to 70 million people are made refugees due to climate change. Her charge is for the media to take this issue seriously and educate the people more about how to preserve the planet.

In other news, the Zanmi Timoun, a human rights group has been awarded the World’s Children Prize 2019 together with two other organizations for their fight in favor of children’s rights. Considered the Nobel for children, the award recipients are chosen by children voting from some 700 primary schools across the world.  Together with Ashok Dyalchand from India and Spès Nihangaza of Burundi, the Director of Zanmi Timoun, Guyrlande Mésadieu said that this award is a source of motivation for the fight to ensure children’s’ rights in a country like Haiti where children’s rights are regularly violated and where social inequality is very widespread. The award ceremony took place in Mariefred, outside of Stockholm last Thursday, May 9, 2019, in the presence of Queen Silvia Renate Sommerlath.

Finally, former Prime Minister, Laurent Salvador Lamothe is being recognized for his work towards global equality according to Power Brands Global Summit, an organization that seeks to recognize high profile humanitarian change makers for their dedication to work towards global equality. The Former Prime Minister who is also an economist and businessman is being honored and inducted into the Power Brands Hall of Fame for his work ensuring an astounding increase in primary schools for children and bridging the gap between development needs and governmental resources. The induction ceremony which is in its third year will be held on Thursday, May 24th, 2019 in London. Other notable inductees are evolutionary biologist, Richard Dawkins, actress and politician, Floella Benjamin, philanthropist and activist, Heather Mills, former England cricket captain Graham Gooch, round-the-world sailor Tracy Edwards, Caroline Cox, former Prime Minister of Latvia, Laimdota Straujuma, PETA, and the Homeless World Cup Foundation. 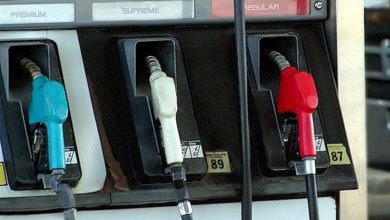 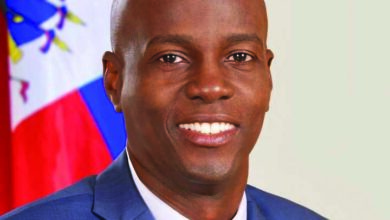 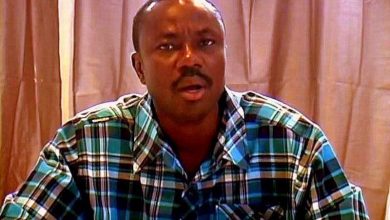