The process of finding and naming a new Prime Minister is proving to be more difficult than thought, as President Jovenel Moïse multiplies his meetings with opposition groups in order to find common ground on how to more the country forward. The President has met with some of his opposition leaders such as Eric Jean-Baptiste of RDNP, Clarens Renois of UNIR-Ayiti, Edgar Leblanc of OPL as well as leaders of the VERITE platform. The President made a special request to meet with his staunch opponent, the leader of Pitit Desalines, Jean Charles Moïse later this weekend. It appears some of the opposition are beginning to thaw to the president’s demand for dialogue to move the country forward, especially two weeks after the fall of the former government with no viable candidate yet for the office, to form a new government. The special invitation was sent on March 29, 2019 the day the opposition called for massive demonstrations across the nation; a demonstration that did not draw the expected number of protesters onto the streets. Observers think the invitation is an indication that President Jovenel Moïse is committed to work with his opponent to share power and run the affairs of the state.

One of the opposition groups, the progressive national democrats, Rassemblement des Démocrates Nationaux Progressistes (RDNP) have shown an interest in working with the government to move things forward. In their meeting with the President, they have not rejected the possibility of a future participation in the government. During their meeting with the president, the four key issues discussed included the national dialogue which is at an impasse, formation of the new government, elections and amending the constitution. The leader of the group, Eric Jean Baptiste, said his group will join the current government on condition but also deplored the way former President Jean Bertrand Aristide and some other elements of the radical wing of the opposition such as Jean Charles Moise, Youry Latortue have refused any dialogue with the current President. The Presidents’ advisor, Jude Charles Faustin, stated that the president is expected to consult with all the various factions and sectors of the social and political life of the nation, but the pre-conditions demanded by the leader of the group, Haïti en action, Youri Latortue, before any dialogue with the government has little to do with the consultations going on and are totally unjustified.
Former President Jean Bertrand Aristide, speaking Sunday at a convocation ceremony at the l’Université de la Fondation Aristide (Unifa), reiterated the call to prosecute those implicated in the PetroCaribe scandal. This being the first time the former leader waded into this thorny issue publicly, he spoke of the need to shed light on what happened and bring those implicated to justice, and not procrastinate, lest the people continue to demand “Kot kòb PetwoKaribe a!”.  He argues that it is inevitable that those found implicated in the embezzlement of the development funds will be tried in a court of law. He further called for the government to bring to justice those involved in the gang related crimes in the populous neighborhoods in the city such as La Saline, because a country without justice is like a river without water.

As for the party, Ayiti An Aksyon, it appears there is dissention in their camp as one of their prominent members, the Deputy Cholzer Chancy decamped to form his own party. He decided to leave the party headed by Senator Youri Latortue to form his own inclusive alliance named Alliance pour une Société sans Exclusion. Reacting to the dissention in his party, the Senator from Artibonite attributed the departure and formation of a new 11-member party, on the position his party has taken vis-a-vis the dialogue with the current government. The Senator of Artibonite rejects allegations that other internal problems including his unilateral decisions including those related to the appointment of the current President of the Senate of the Republic, Carl Murat Cantave as the candidate of Ayiti An Aksyon the next senatorial for the department, would be the cause of these defections. The new formation includes the following, Cholzer Chancy as the national coordinator, Patrick Joseph, assistant national coordinator, Secretary General, Youdeline Chérizard Joseph, Secretary for Administrative Affairs, Virgila Lexy Charles, Secretary for Political Affairs, Lesly Alexandre, Secretary for Gender Equality, Elizabeth Jacques, Secretary for Public Relations and Communication, Guy Gérard Georges, and advisors, Jean Claude Délicé, Junior Hervé Pierre, Tertius Tanis and Fritz Chéry.

Meanwhile, farmers in most regions across the nation are relieved by the recent rains that may be foretelling a bright season ahead. They’ve began planting cassava, beans and corn following the heavy rains that fell across the south and the metropolitan area in the past days. According to the early warning system (FEWS net), rains in February have been favorable to farming in the south where rice, maize, beans and vegetables are showing promise of a good harvest. While these areas have began planting, areas in the Northern departments and Central Plateau and Nippes have been suffering with drought which threatens to delay their planting season.

Senator Kedlaire Augustin has announced that a new consultation will be under way soon in order to amend the current constitution. The President of the Special Commission on Constitutional Amendment said that these series of consultations seek to gather a minimum of compromise on various issues, such as change of regime, elimination of certain portfolios, and a lot more issues that will engage the public. The report of the senatorial commission which was presented to Senators last Tuesday will be shared with the lower house, while judge Kébreau Zamor foresees a referendum on the constitutional amendment because the legislature is so divided to come up with a credible amendment.

Finally, 15 Haitians have drowned in rough waters off the coast of Turks and Caicos as the small boat in which they were being carried to the island in search of a better life capsized in the rough waters. While the two principal leaders of the Galil gang, Woodly Ethéart, alias Sonson La Familia, and Renel Nelfort, alias le Récif, will be tried again for kidnapping, money laundering and drug trafficking, according to the acting government prosecutor, Joseph Emmanuel Saint-Amour. 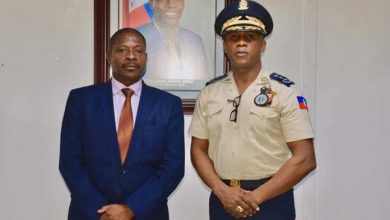 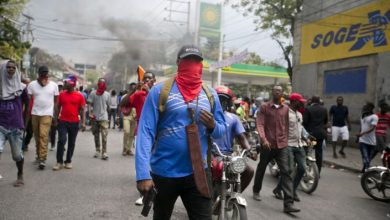