Monday May 7, 2018 will go down as one of those dark days in Haiti as the wrath of the elements was brought onto the nation once again. A mild seismic activity was registered at Lascahobas and Belladères in the Central Plateau Department creating chaos among the people, especially students and those in public building. The earthquake created havoc especially at the Lycées Salnave Zamor and Charlemagne Péralte where the students in an effort to run to safety created a stampede resulting in some of them wounded with four (4) currently hospitalized. Though there has not been any destruction to property recorded, the chaos created when the earthquake hit ended up hurting some dozen residents. Residents who witnessed the event reported some mild aftershocks by the afternoon. According to the Director of the Seismology division the Bureau of Mines and Energy (BME), Claude Preptit, there have been faults, unknown to Haitian Seismology experts that cased tremors for the past eight (8) years. Furthermore, some twenty earthquakes registering from 3.1 through 4.6 on the Richter scale has been reported during the first quarter of this year, with most of the earthquakes (60%) occurring at sea.

In other climate related news, the permanent secretariat of Risk and Disaster Management, in conjunction with the Haitian Hydrometeorological unit of the Ministry of Interior and local authorities have kept flood warning notice for the past five consecutive days, for the six departments of the South, Nippes, Grand Anse, North, Northeast and Artibonite, where local storms are still expected.  By Sunday, there were three reported deaths from the floods and landslide, with the latest death occurring in Jacmel where the Petite Rivière carried away a lady whose lifeless body was found in the morning at La Montagne. Another man is still missing and the body yet to be found. On Saturday, heavy rains caused some mud sliding in Port-au-Prince where four (4) homes were destroyed and four (4) others damaged in Turgeau and Carrefour-Feuilles. Luckily, there was no loss of life, but in the Southeast, there were trees uprooted, houses damaged, and some livestock carried away by the floods. The authorities have warned people living in low lying areas as well as those on hills with saturated water to be careful and evacuate to areas safer. They are not to attempt to cross any rivers and fall victim to the deluge.

Elsewhere, President Moïse was heckled by angry elected officials, mayors and delegates from several regions gathered at the International Forum for Elected Women of Haiti held at the Caribe Hotel yesterday. While the president was speaking, the angry audience broke into a sad song to express their anger at him for not keeping his promises on indirect elections. The Moïse government and his majority in the legislature have successfully blocked indirect elections, citing the legal vacuum for the functioning of local authorities. In his defense, he raised the argument that the reason why the process of forming the communal and municipal assemblies is because of the legal void that currently exists. The president then lauded the conference on women as testimony to his administration’s commitment to meeting the 30% quota on women in elected office as constitutionally mandated. The indirect elections which were launched by the provisional electoral commission, the CEP, was suspended by the president and his majority in the legislature in July 2017.

The appointments were mostly renewal of mandates, according to the spokesman for the CSPJ, Samuel Boursiquot. Judicial officials have complained about the delay in appointing judges, fearing a malfunctioning of almost all the jurisdictions. An official commissioning ceremony will be held by the CSPJ prior to the official swearing in ceremony. Despite these appointments, the CSPJ claims that there are more than 60 more appointments to be made. The new Justice Minister Jean Roudy Aly, was at the premises of the CSPJ for a meet and greet session where this topic was raised. Since most of the judges are already in the system, their status was just renewed or promoted to other divisions.

Meanwhile, last week in Génipailler, Milot, in the North, saw a successful Science and Knowledge Week, organized by the Group for Reflection and Action for a New Haiti, Le Groupe de réflexion et d’action pour une Haïti nouvelle (GRAHN-Monde) which organized the event full of educational social and cultural activities, that were at times intense and engaging some 1,000 plus participants. According to the President of the Port-au-Prince chapter of GRAHN-Port-au-Prince, the week was a success, with the inauguration of the Research and Development Chair in marketing locally produces agricultural products, 18 Prizes awarded to different people, mini-math workshops, a symposium on young children, first Haïti-Québec-Caraïbe Film festival and a host of other activities. Genipailler, which is home to the City of Knowledge, set up as part of the larger North innovation pole project (PiGran) which is headed by Professor Samuel Pierre. This municipality is touted as Haiti’s first smart city.

Finally, a delegation from Boyton Beach city council, a town in Florida, visited officials in Pétion-Ville city hall with the aim of cooperating with their Pétion-Ville compatriots in the areas of education, sanitation and firefighting. According to the mayor of the town, Dominique Saint Roc, the meeting has been a success and they look forward to the cooperation with their US sister city. He also addressed the issue of demonstrations by residents in Pernier, a neighborhood in Pétion-Ville where residents took to the streets last week to force the authorities to complete the road they are supposed to build to link their neighborhood to the larger metropolitan area. He said to be sympathetic to their cause and that the issue has been raised with the higher ups in the state and that approximately 170 million gourdes has been set aside for the project in the 2017/18 budget. He called on the people to exercise patience and for their leaders to intervene as soon as possible to bring calm to the neighborhood. 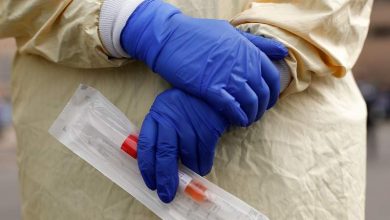 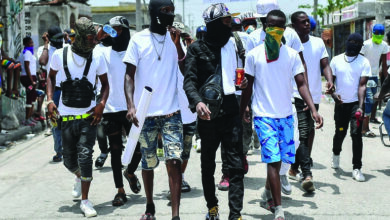 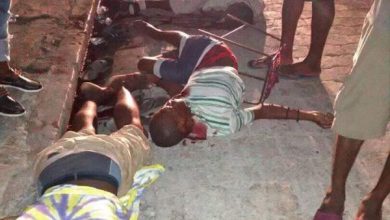