One man was killed and dozen others wounded last Saturday during a town hall meeting in Cap Haïtien. The meeting was organized by Senators Youri Latortue and Jacques Sauveur Jean to discuss the contents of the PetroCaribe Report, focusing on the three issues that are pertinent to the North: The Cap Airport, the road linking Hinche to Cap Haïtien and the construction of residential housing at Caracol. The unfortunate event began when the meeting taking place at Café Trio was interrupted by tear gas hurled at organizers by unknown assailants who blocked all exits to prevent people from fleeing. It was clear that their intention was to create panic and send a message to the crusading senators about the implications of the report. The ensuing confusion led to the death of one Jacques Dubois, a close collaborator with the celebrated Orchestre Tropicana d’Haiti, and a dozen wounded victims. The attack was vehemently denounced by the Senators who opined that the actions have shown that the embezzlers have roots across the nation even among those who declare themselves as opposed to their actions. Senator Latortue took issue with the national police who did not respond quickly enough and did not help evacuate the hall, though they were present. Mr. Latortue concluded that the incident was well organized by those who oppose the PetroCaribe Report, but he will not be deterred and will continue to hold these town hall meetings. In fact, he plans to re-organize the conference in other departments throughout the country.  The attack was condemned by the Prime Minister Guy Lafontant as well as a group of concerned civic organizations. In an open communique made available to the press, the identified organizations are: Sant Karl Levêque– SKL, Conseil Haïtien des Acteurs Non Étatiques –CONHANE,  Réseau National de Défense des Droits Humains – RNDDH, Commission Episcopale Nationale Justice et Paix – CE-JILAP, Centre d’Analyse et de Recherche en Droit de l’Homme – CARDH, and Plateforme des Organisations Haïtiennes de Droits Humains – POHDH.

As part of the May Day celebrations, Union leaders are calling for a day of action in support for raising the daily minimum wage from the current 350 to 1,000 gourdes. The Confédération des travailleurs haïtiens (CTH) called for workers to mobilize and organize themselves in a strike action that will force authorities to meet their demands. According to CTH, the labor code mandates that authorities increase wages of workers in the private sector when inflation reaches 10%, while the current rate is estimated at 13%. The organization is calling on the state and private industries and business owners to provide socio-economic benefits to their employees so that they can in turn provide for their families. The Coordination nationale des ouvriers haïtiens (CNOHA) which is also taking part in the May Day demonstrations endorses this plan, making the same wage demands and improvement in working conditions. CNOHA complains that workers are not able to afford to go to the hospital, feed themselves and their family, pay rent and school fees for their children because of their low wages. Last July 2017, the minimum wage was raised to 350 after much protests in the streets and the call for raising it to 800 gourdes.  The Parliamentarian, Deputy Primtemps Bélizaire introduced a “living wage” bill in the lower house which is intended to provide ordinary workers with a wage that can truly meet their needs, adjusted to take into consideration the increase in the cost of living. Anyhow, May Day is also the “fête de l ’agriculture” and as such, the Minister of Agriculture launched a three-day agricultural fair on Sunday April 29, to showcase traditional agricultural and artisanal products.

In other news, an article in Forbes magazine highlights Haiti’s move in the direction of renewable energy, a hallmark of President Jovenel Moise’s plan to provide 24-hour electricity across the nation in a relatively short period. In September 2017, the Haitian parliament eliminated import tariffs and duties on solar equipment imports to encourage entrepreneurs to envision alternative energy sources. With ample annual sunlight, the country is well placed to go in the direction of solar energy and the government has been able to make it more competitive for sellers and advantageous to business and entrepreneurs. Currently, one startup, 10Power, lead by Sandra Kwak is pioneering the way by fostering collaborative support of the public and private sectors. The company partners with local installers, providing and financing project developments for commercial scale solar and energy storage solutions. According to the organization, their goal is to provide affordable, reliable renewable energy that will save businesses money and create jobs. The company has financed and installed solar power for two water purification centers, providing clean drinking water to surrounding schools and communities and supporting over 600 micro-enterprises, majority women-led. 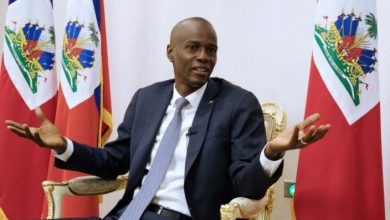 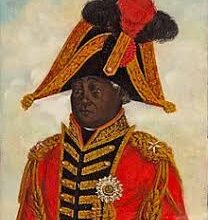 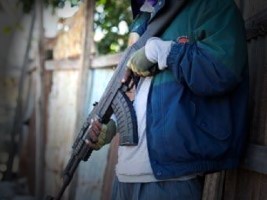